This site is reader-supported and we earn commissions if you purchase products from retailers after clicking on a link from our site. As an Amazon Associate, we earn from qualifying purchases. We are now accepting free business listings in maintenance, horticulture, building, and all outdoor fields. Brick and Mortar and websites welcome. Click here for more details. Proudly supporting small businesses.

If your string of dolphins succulent is shriveling, losing its leaf shape or just appears to be dying, the problem is often easily fixed by reducing heat stress and making sure the watering frequency is optimal. In some cases, the problem lies in root of the plant indicating root rot. Fortunately, even if that’s the case, the plant can still be saved!

Considering how exotic the string of dolphins succulent (Senecio peregrinus) is, it’s surprisingly easy to care for – although it has somewhat higher water demands compared to most succulents, it’s actually less vulnerable to leaf dehydration compared to its close cousin, the string of pearls.

Why Are The Leaves Of My String Of Dolphins Shriveling?

Leaf shriveling is always caused by dehydration, but that doesn’t necessarily mean that the problem can be fixed by more watering. Here are the most common causes of leaf shrinkage in the string of dolphins succulent: Heat, Insufficient lighting, excessive watering and root rot.

The first cause to rule out is heat stress, which usually occurs when the plant is suddenly placed in direct sunlight without being gradually acclimatized.

Dolphin succulents that have been recently purchased from a nursery or from a gardening store are not always used to direct sunlight. They don’t have enough root area to keep up with the high water demand, regardless of how much they are watered.

This problem is not unique to the dolphin succulent and virtually all plants are prone to it, with the possible exception of barrel-shaped succulents which lose a negligible amount of water through their bodies. Acclimatization of the succulent to direct sunlight may take 2 to 3 months of gradual exposure. If your wondering what type of shade cloth to use when growing outdoors, check out our article here. Shade Cloth vs Blinds: Which Is Better For Patio Plants?

This is an easy to diagnose cause – if the dolphin-shaped leaves of the plant start shriveling a week or two after the last watering, this is a clear sign that the plant is ready to receive more water.

Slightly shriveled leaves aren’t permanently damaged and will quickly return to their plump shape once watering is resumed. Very shrunken and dry leaves on the tips of the stalks may be beyond saving and may need to be removed.

Check out these self watering pots below from tractorsupply.com

We have all your Garden Essentials at TractorSupply.com! Shop Now!

In this context, excessive watering means too frequent watering – even the most drought-loving succulents can tolerate soggy soil as long as it’s not for long and is followed by a long dry period of a few weeks. When excessively watered, the string of dolphins succulent starts developing pale, almost translucent leaves with a yellow tinge.

For more information on succulents and root problems, check out this article: How much root damage can succulents tolerate?

This may not look like a problem initially, but after a few weeks or months, the leaves may start shriveling. This can be very confusing to beginner succulent growers and they may start watering the plant even more, further worsening the problem.

Over-watering leads to shriveling because of root suffocation. When all the oxygen in the roots of the plant gets displaced by water, the roots can no longer manufacture energy from the oxidation of sugars and they start to lose their ‘pumping power’. Eventually, the roots may start dying and rotting, making the problem very difficult to fix.

The optimum watering frequency of this succulent is around once per week. It’s best to apply the well known succulent watering rule – water only after the surface of the soil has gone dry.

My String Of Dolphins Is Dying!

The possible causes of shriveling we discussed in the previous section can all eventually lead to plant death if no actions are taken to provide the plant with better conditions.

However, there are factors which can lead to death even with proper watering which are: Poor drained soil and insufficient lighting

If your string of dolphins is to far gone, here Amazon offers a great selection of these succulents. 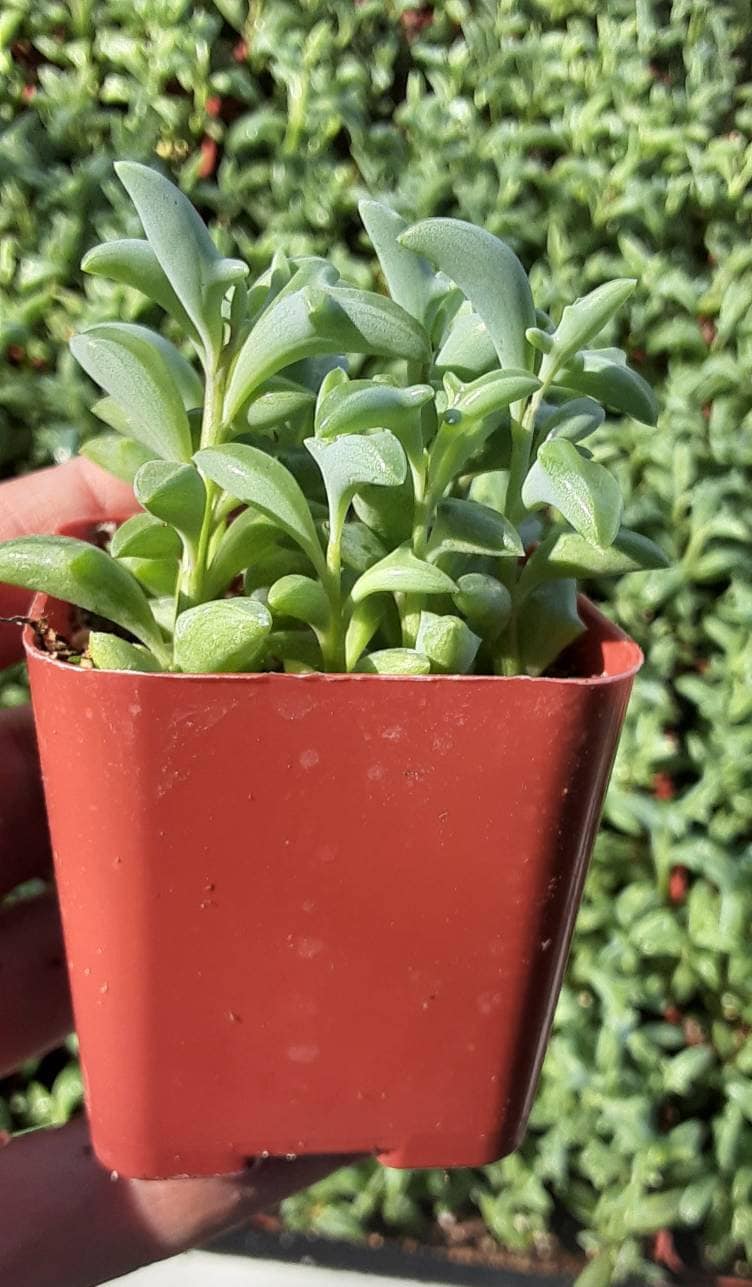 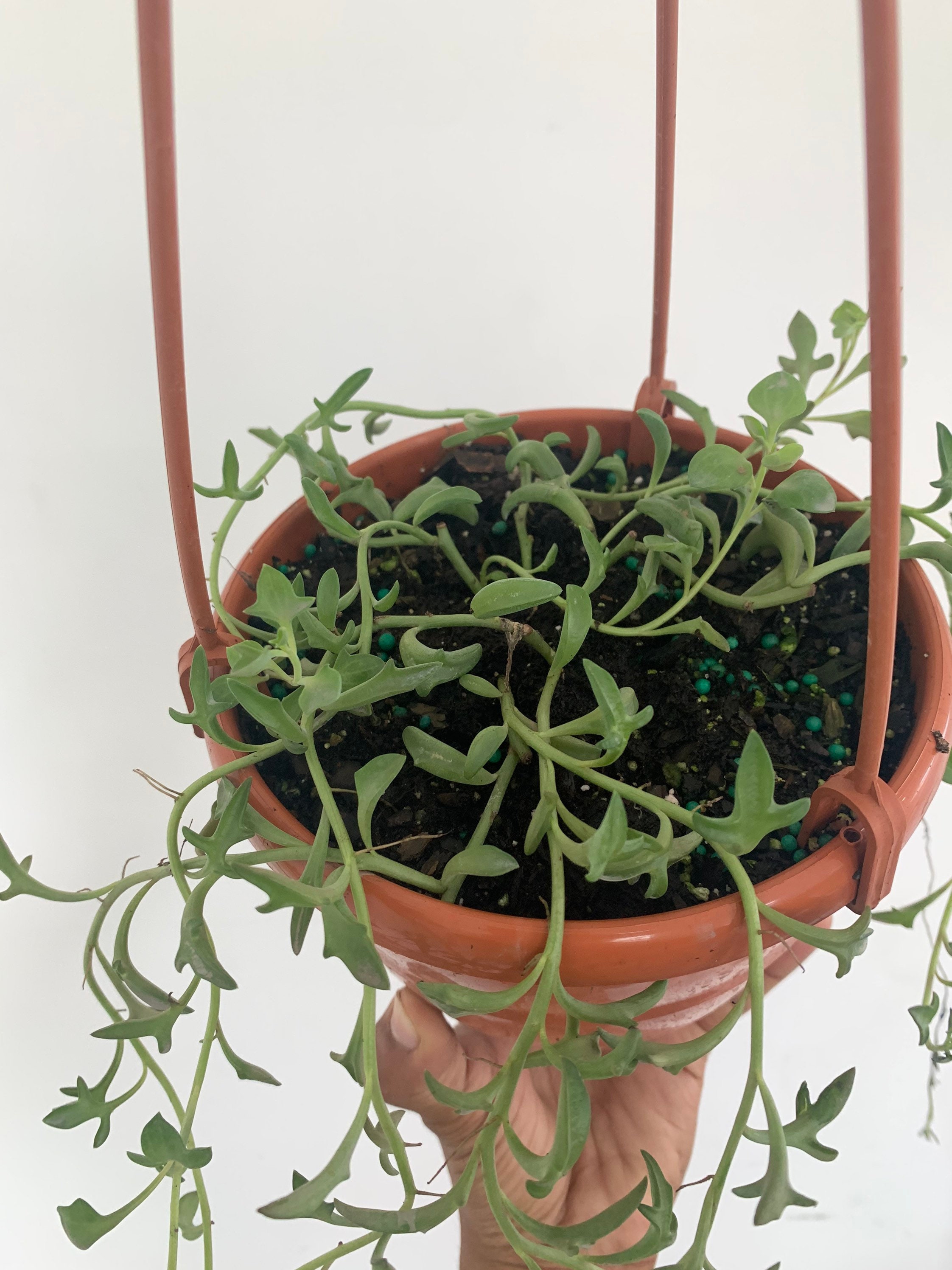 Excessive watering can easily lead to root suffocation and death, but so can unsuitable, compacted soil. If the soil isn’t well-draining enough, all of the air in the root zone gets displaced by water, which quickly deprives the roots of oxygen, kills a portion of them and rotting bacteria set in.

If you’ve recently purchased the plant and it appears to be dying regardless of what you do, this is a very possible cause and it’s best to quickly repot the succulent in a fresh cactus soil. If your wondering about the different soil types, check out our article, What Are The BEST Potting Soils for Every Type of Plant?

If you have some experience growing succulents, you’ll immediately be able to tell bad soil just by looking at the surface and pushing it with your finger. The pot will also get very heavy when watered because of the high water retention capacity of poorly-draining soils.

Insufficient light can lead to various symptoms, including shriveling of the leaves and eventual death.

It’s very common for beginner succulent growers to underestimate the amount of light which a plant requires. Once the light levels start dropping below around 1,000 lux (a typical living room being as much as 5 times lower than that), plants start reaching their so-called ‘compensation point’ – the plant manufactures less energy than is required for survival.

As a result, vital functions start to shut down and the plant may start having trouble ‘pumping’ enough water to its leaves. Fortunately, once the plant it placed on a sunny windowsill, the problem corrects itself rapidly, in a matter of days.

How to Revive a Shriveling or Dying String Of Dolphins

Reviving a shriveling or dying string of dolphins comes down to identifying the underlying cause and fixing it.

Start with the most obvious causes – heat stress and insufficient watering.

If the plant starts wilting and shriveling more than a week or two after being watered, this is clearly a water-deficiency problem. If you have trouble placing the plant in direct sunlight because it starts shriveling shortly after, you should start gradually exposing it to the sun until it develops a deeper root system – this can take a month or two.

If a newly-purchased plant appears to be doing poorly, regardless of the conditions you provide it with, it’s a good idea to repot it in a fresh cactus potting mix.

Reviving a plant with damaged/rotted roots

If nothing is working and the plant still has trouble transporting water to its leaves, the problem is most likely in the root system.

If a large portion of the roots has died due to overwatering or an unsuitable soil, the plant will not be able to transport enough water, regardless of how much it’s watered.

The solution is to repot the plant, get rid of any damaged roots and then cut it back by 1/3rd to reduce the water demand of the leaves. Save the removed stems – they can be easily rooted in water.

In extreme cases, if a large portion of the root system has rotted away, a humidity dome can enable the plant to survive until new roots develop.

Despite being a somewhat rare succulent, the string of dolphins is very easy to care for. If it appears to be dying, this is probably caused by a basic problem, such as poor lighting, heat stress, compacted soil or overly frequent watering.

The plant is also sensitive to direct sunlight if it isn’t used to it. The succulent usually recovers quickly when the underlying problem is corrected, but in extreme cases it may have to be repotted and even cut back a little. 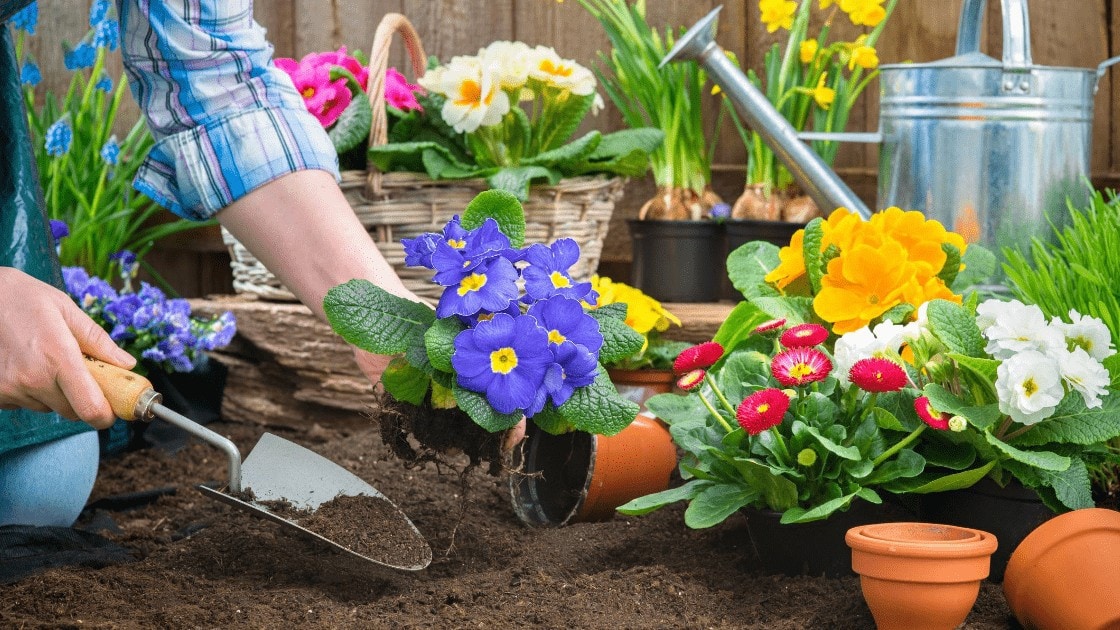 The agricultural industry completely relies on the quality of soil. Picking the right soil for your garden holds great significance if you do not want to make all your effort… 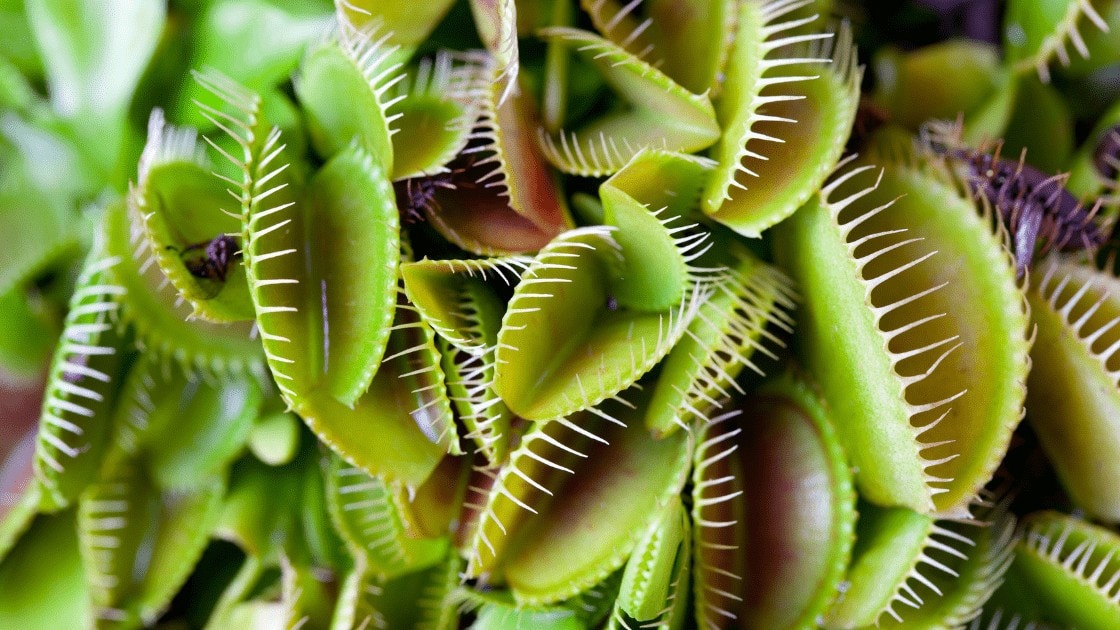 The Venus flytrap (Dionaea Muscipula) requires little introduction – even people who don’t have any interest in botany or gardening are usually aware that this fascinating carnivorous plant exists. Apart… 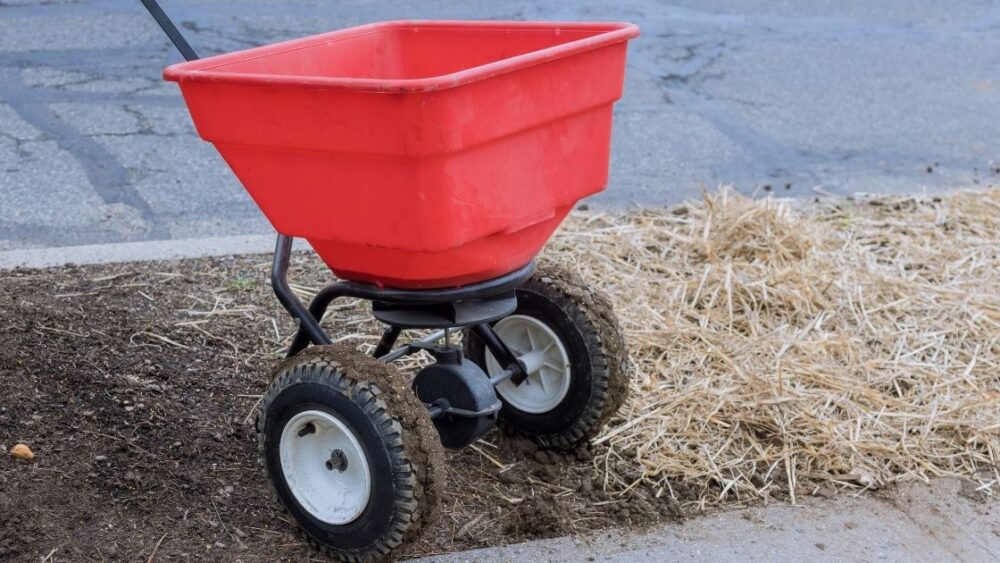 If you’re a homeowner, chances are you’ve heard of broadcast spreaders. But what are they? Broadcast spreaders are devices that help you distribute seed, fertilizer, and other materials evenly over… 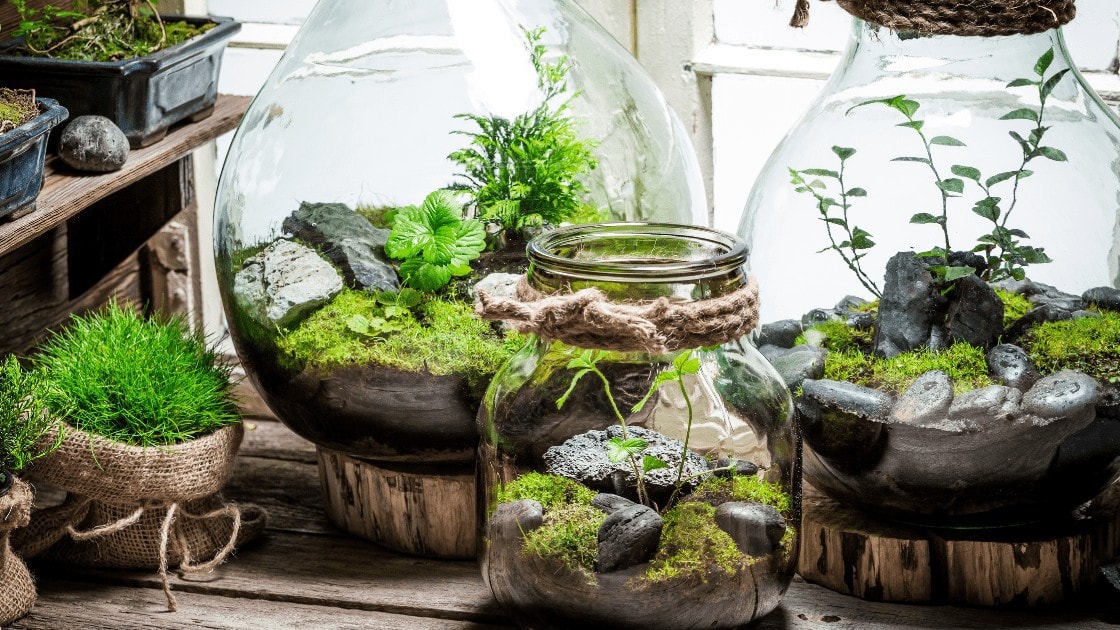 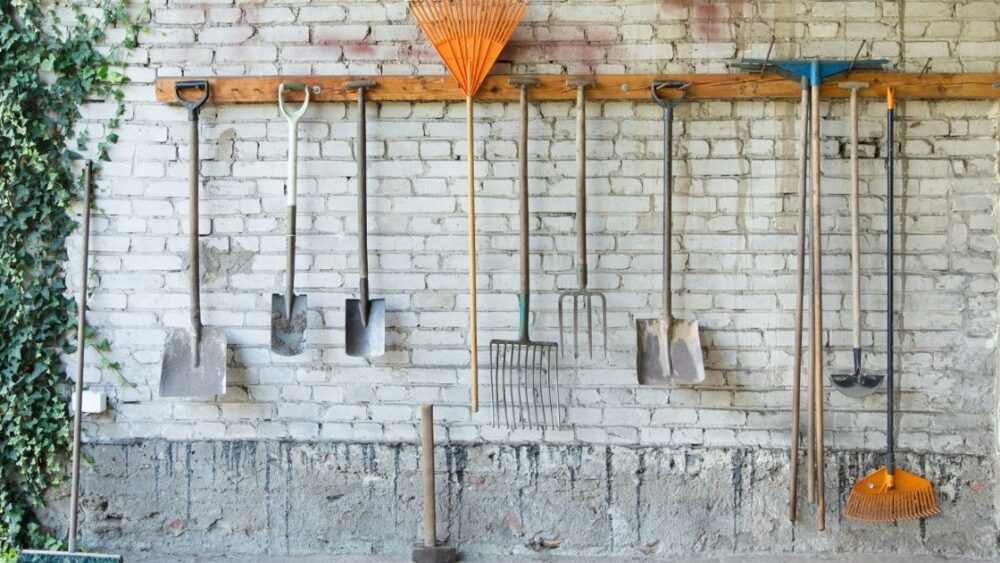 A garden tool rack is a must-have for any gardener, whether you have a small or large collection of tools. Since there are many different types and sizes of racks… 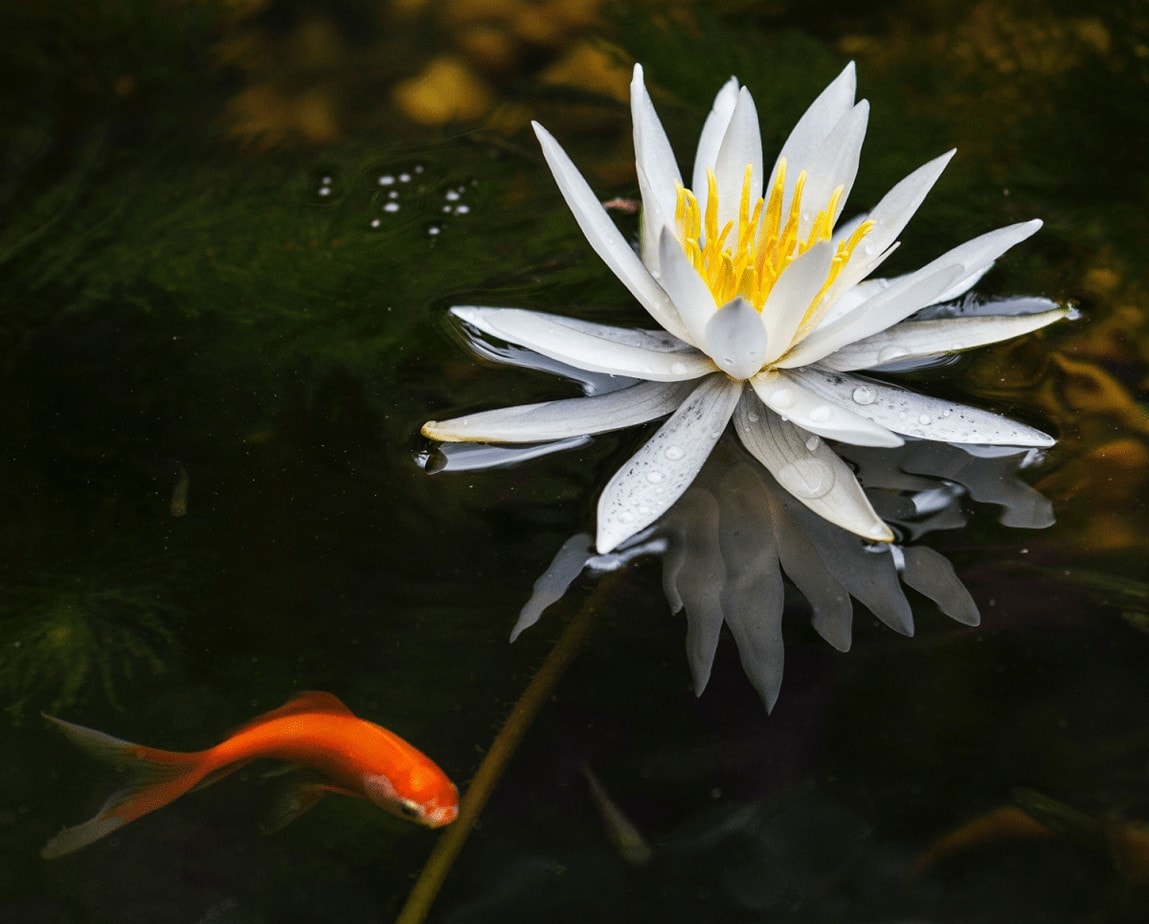 Many stores offer attractive water gardens and plants. If you are the type of person who prefers to spend most of the time outdoors then investing in a water garden… 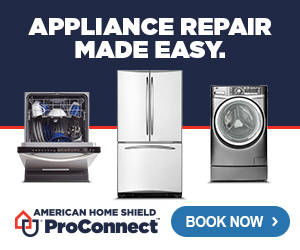 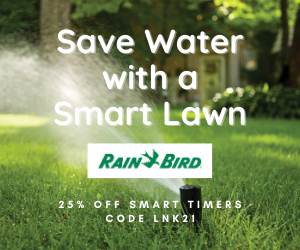